I would say that it isn’t quite a violation of his oath. More a choice on distribution of resources, but it does set a dangerous precedent and I don’t think it is a good idea.
What the President is advocating is that we should focus our immigration efforts away from nonviolent immigrants and focus it elsewhere. While this is sound in reasoning it is also going to put even more pressure on some of the hardest hit of the last recession and channel taxpayer funds away from their intended recipients. While I like that the President is advocating we do the right thing for these people, I disagree with it because to do so would hurt many Americans and many more Americans do not agree with this policy. I am also worried that this policy won’t actually have any power or affect any change to help those in question, but may just be a ploy to sway Latino voters. That is the short answer, here is the long one…

What is really being said here?
What the President is advocating is that a group of illegal immigrants no longer fall under the threat of deportation. This isn’t amnesty and it isn’t citizenship. It is just not being deported, according to his words. This group, according to the press conference of the President, will be limited to those who:

I try to be fair in my posts, so you will see pros and cons. I have my opinion and I will share it, but I will also try and give alternative points of view as well.

Pros:
The immigration system will be able to focus it’s efforts on more dangerous criminal immigrants and be diverted from less dangerous threats such as students.
One of the arguments mentioned that there was a need to fix the broken immigration system. This is true and has been for a very long time. The borders, particularly the southern border, has been a highway for criminal smuggling activity for decades. This is a main route for drugs, weapons and human trafficking into the United States and black market money out. This argument is not concerned that too many people entering are flooding labor markets, but that without the secure borders we are allowing dangerous contraband to enter the states and even more dangerous people. Here the argument makes sense because the initiative does focus efforts where they will be most useful. 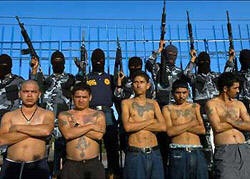 More suspicious and deserving of our attention…

Some very good talent will be kept in the United States that would have otherwise been lost through deportation.
I have a great deal of faith in many immigrants who come into this country. They possess within them a great courage and enthusiasm, enough to leave their homeland and start fresh among strangers. Immigrants and first generation Americans have the highest rates of entrepreneurship in the country and are serving as much of the foundation of our economy. Many come here just seeking work and don’t come with baggage that many of my fellow white privileged Americans seem to hold. We feel entitled and a lack humility. Many of the Chinese and Mexicans that I have known and work with in particular exemplify this mentality of hard work and humility while leading a quiet life. They add to not only the countries financial wealth, but also her cultural, moral and social wealth as well. If those who fit this description, a reasonable filter being those seeking higher education, are ignored by immigration then perhaps that is a better use of INS resources and might not be the worst thing.

Cons:
There are already programs in place to protect immigrants who seek college education and service in the military.
While I was in service in the United States Marine Corps I served with several illegal immigrants. Of course they had become naturalized citizens by this time, but I, as a home grown white American was in shock the United States would allow such people into the forces! (This statement was meant in sarcasm people, unbunch your britches.) But it was a surprise to me. Several of them described a process of expedited citizenship in exchange for service in the military. That being said, I am not an expert on this process, but I am aware that it already exists and doesn’t just offer protection, but citizenship. Along with military service comes veteran benefits including the GI Bill and loans for housing. There are also other programs in place to aid illegal immigrants in college already in place that I will mention later down. So the President’s statement seems at best misleading, at worst creating a new solution to an already fixed problem. In the case of these other Marines, many of them were my friends and I trusted them very much. As a born citizen I think that those who leave behind their homeland, pick up weapons and fight our wars beside the “true” Americans don’t just need to be awarded citizenship, there needs to be a statue somewhere in their honor. That, however is a different post. The point is, this program already exists, why is he selling a new one?

This is already the standard practice of INS.
The Immigration and Naturalization Service is already fighting one of the toughest unsung wars in US history. They are undermanned and patrol a massive area. By practice their policies already focus on the most dangerous and the most trafficked areas. They already put much more effort into apprehending those who are a danger to the citizens of the United States than they ever would to a college student. The President in his speech remarked that in recent years there has been a great increase in dangerous immigrant captures. This could not have been done checking ID’s at the local community college in Denton, Texas or any other college campus for that matter. It also can’t be done by “being a nation that expels young kids” which is a quote from the speech that seemed more intended to incite an emotional response rather than reflect what statistically is not the case with the majority of deportations.

This represents the President choosing to ignore certain mandates for certain people.
This is really the heart of the question that Former Attorney General Alberto Gonzalez was pointing to. By saying that laws set about can be ignored he is saying that he has the power to prosecute whomever he wishes, even treating two people differently who are guilty of the same crime. This is a funny grey area since in this case neither are citizens of the United States, but the ramifications are scary. Could the President or future Presidents one day do the same for other groups, Democrat/Republican, Black/White, Male/Female? I believe that was the direction Mr. Gonzalez was pointing to. No matter how nice it would be a President should not have the power to choose who they do and do not punish. This reasoning places the President’s moral high ground and doing the right thing ideals on a foundation built on very sandy soil. That being said, he would certainly not be the first president, Republican or Democrat (or Federalist) to do this, in all fairness.

This is in opposition to the wishes of many, many American people.
While the issue is deeply contested most Americans worry about too much immigration. They are concerned about dispersal of jobs, resources such as in the public schools and entitlement funds for a growing portion of the population that goes largely untaxed. They feel that if the investment in tax payer dollars is made in these young people there is no guarantee that they will stay around to better America for it. There is also a large argument brewing between the differences in American illegal immigration policy and the much more severe policies of other countries, one ironically being Mexico. This worries a lot of people. Whatever your particular stance on this issue is, a very large number of Americans do not support any program they feel makes it easier for illegal immigrants to take advantage of American wealth. Since so many feel this way, it leads me to say that the President’s job isn’t to decide when the American people are wrong, but to be a conduit for their wishes. He is their elected representative to the most powerful position in the United States. For that reason, I would view that it is his obligation to follow the expressed wishes of the majority and not decide on his own what is right.

This hurts the Americans who right now are already suffering greatly.
Another major concern is that this new policy will create a massive surge in college attendance. While at face value this sounds like a wonderful thing, there are issues with this. The problem with many schools today is that they have already dumbed down the curriculum to open their doors for less serious students and gain their tuition. This is creating a generation of college graduates little better off and with no fewer skills than when they entered school. To confound this with a flood of students not interested in learning, but on not getting deported would only dilute the school systems efficacy further. This brings about the question of payment. There are already numerous government grants that reward a great deal of college tuition based only on household income. Proof of citizenship is not an issue and therefore, government money is used to compensate non citizens for attending college. This too reflects a bad policy diverting funds intended for the American poor to non-Americans. Skip ahead a few years and you have a massive influx into the job market for people aged 22-28. 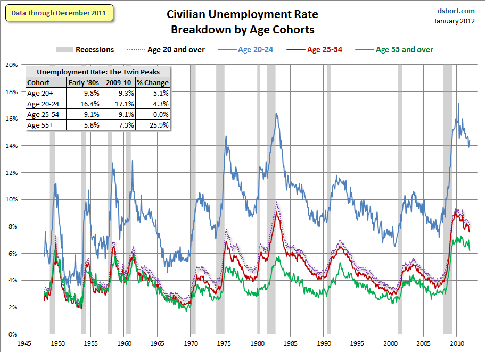 This group recently has been hit the hardest with the unemployment crisis ranging at times of 25% unemployment. While the average unemployment during the recession was between 9-10% the young college graduates struggled around 14%. This being due to slow growth in the economy, the lack of growth in entry level jobs and few start-ups in non-tech industries. These people are already having hard times getting their carriers off the ground and to invite more competition would be inviting failure for all parties involved. This sub-crisis has been a major contributor to many of the recent politcal action of youth like the Occupy protests.  While I disagree with much of the movements rationalities I do see their point of view in this struggle. We already have a country who’s economy can’t support it’s current college graduates, what good would more and less educated ones do? You have to ask, “As a country do we want to weaken one of our most vunerable groups of proven talent by inviting, supporting and protecting non-citizens?”

In summary…
No. I do not think that this is expressly going against the President’s oath. He is choosing to govern the resources of agencies like the INS in a more efficient way. He is also not dealing with American citizens in how he chooses to follow the laws or mandates. I do however think that is policy is a bad one because:

My final concern is one also shared by the Former Attorney General Alberto Gonzalez, that the President may be trying to use this as a hook to gain Latino voters a few months before the election. These of course are actual citizens, but sympathetic to many illegal immigrants today.